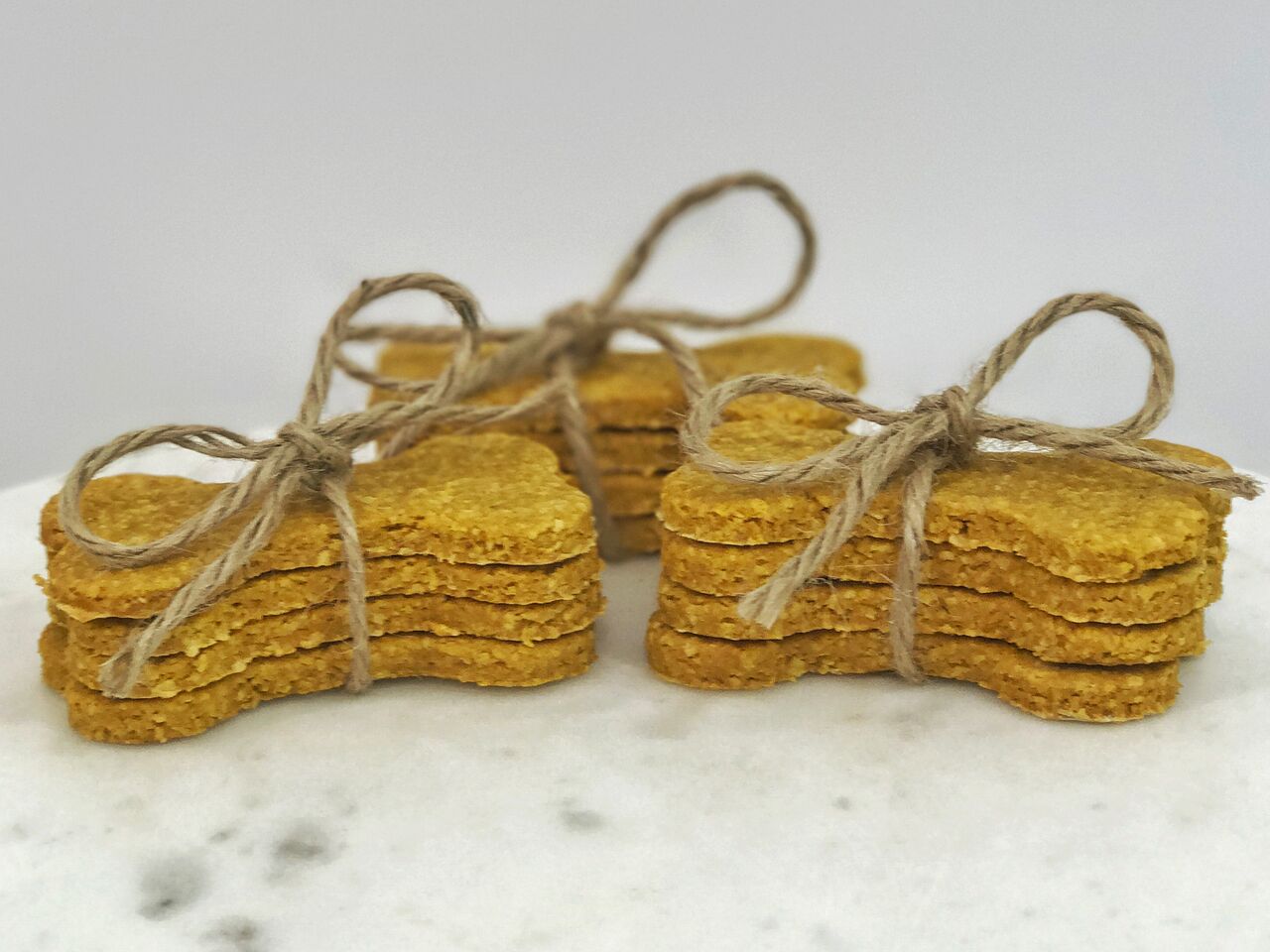 By Mermaid with a Martini
No comments
1 like
Lifestyle

So about the park…

I had a little incident. Scout is a terrier through and through, a real hunter. And true to her name she “scouts” for every squirrel in existence. She is basically Dug from Up.

So, I’m never without treats. Treats, so she finds me more, or at least as interesting as a squirrel (awesome). I was armed with some pretty fantastic treats from the pet store when Scout and Cooper met a few kids at the park. It was love at first sight—for the kids. Not so much for my best friends. Being quick on my feet and always incredible with children (this is what’s called foreshadowing) I thought we’d entice my dogs into liking them.

I said to their lovely, tall, Nicole Kidman-esk mom, “Would they like to give them each a treat?” (Just in time to notice I looked like a scrub. And was that dog poop on my shoe?)

“Here’s a treat,” I said enthusiastically to the boys, aged somewhere around three and five. I handed them each a small, soft dog bone.

The five-year-old immediately took his and offered it to Cooper.

The three-year-old immediately took his and put it in his mouth.

Scout was not impressed. 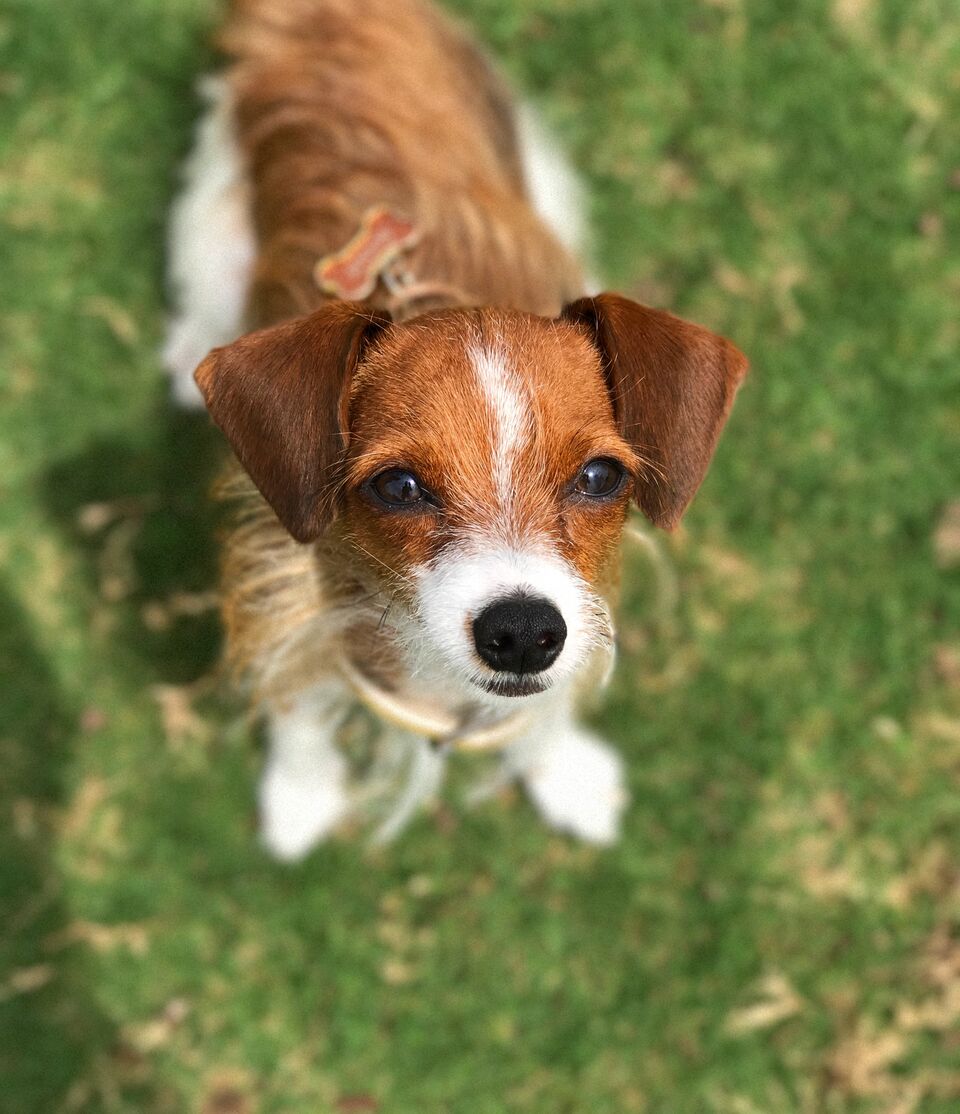 That’s when I decided to make these! 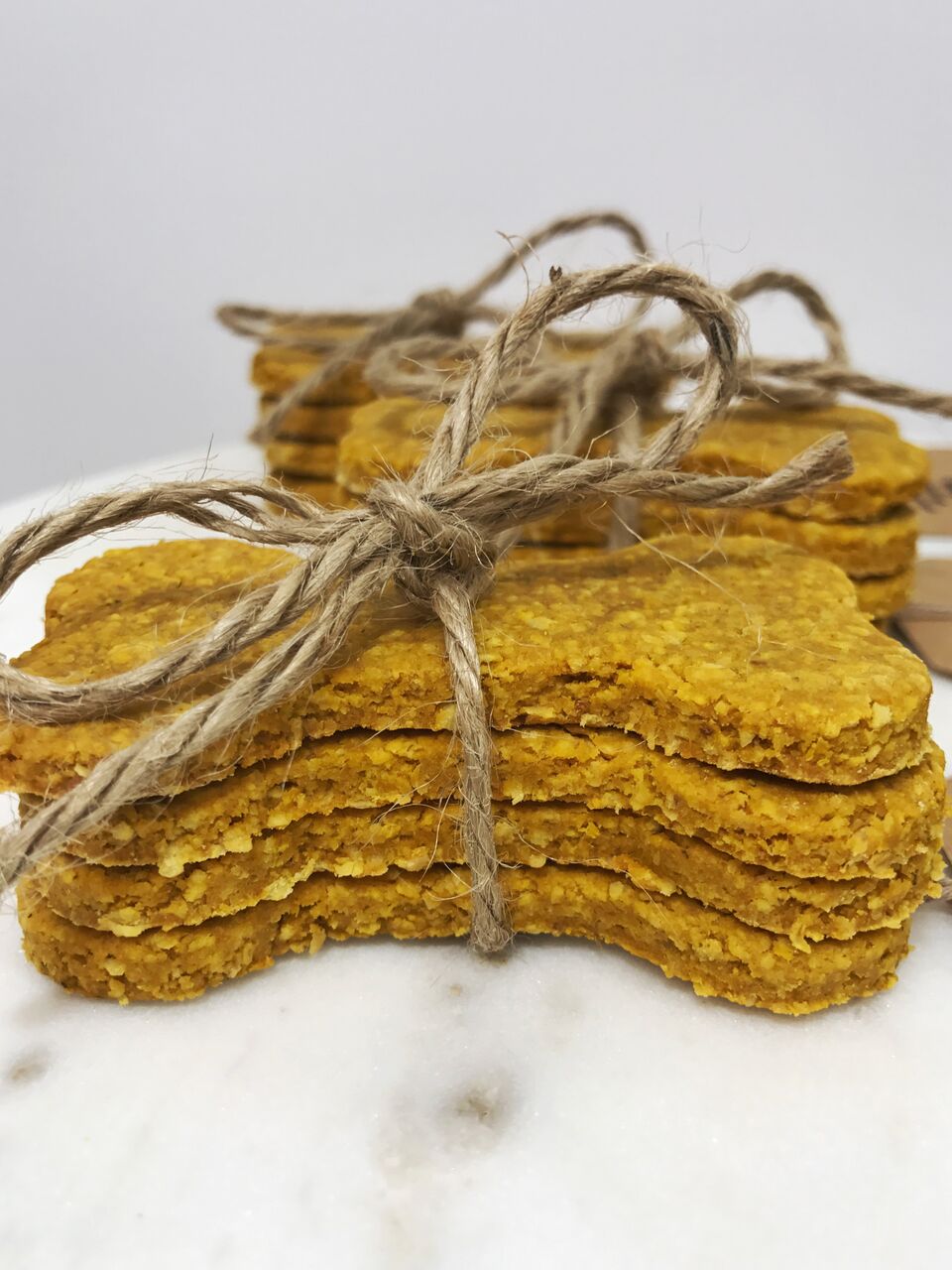 Truly all natural dog treats (in case I go feeding kids at the park again). There are only three ingredients, peanut butter, pumpkin pureé and rolled oats. Seriously, you’re not going to kill a kid with that. 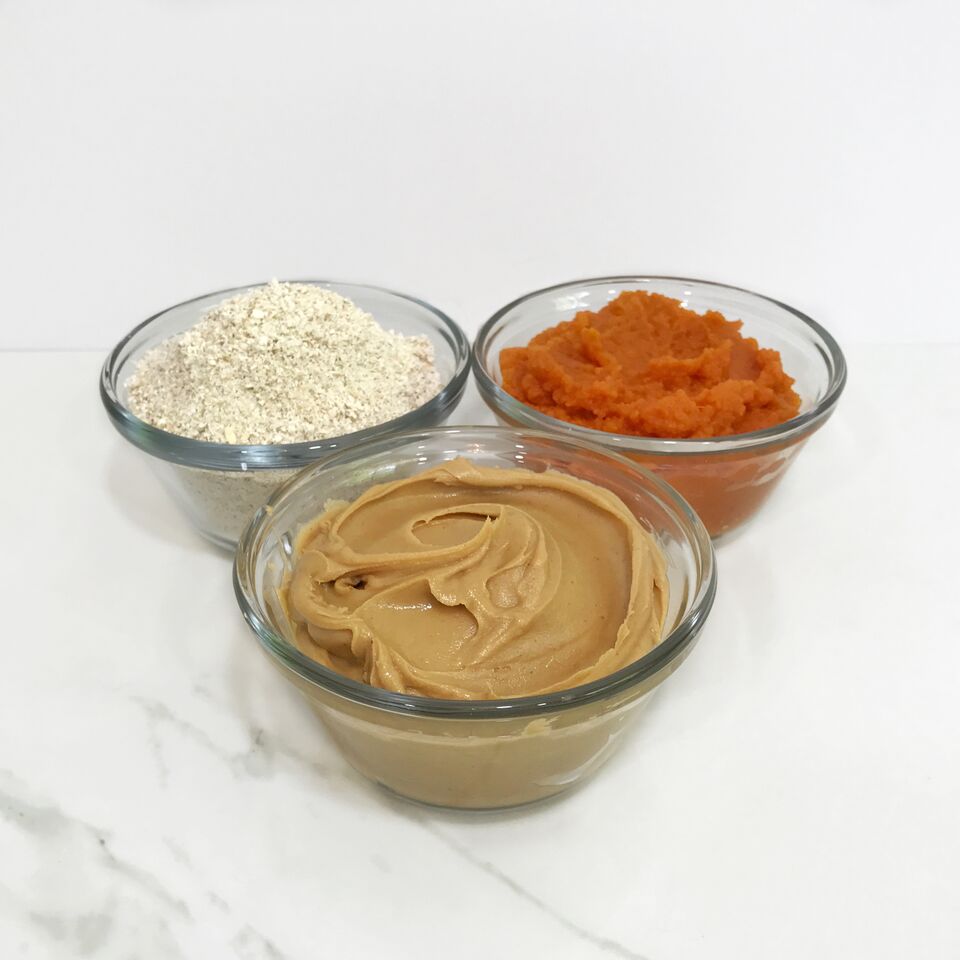 Grind the oats in a food processor, or I used my Magic Bullet, which actually worked really well. In a bowl, mix with pumpkin and peanut butter. Roll out on a lightly “floured” surface. (Use some of the ground oats as your flour.) Cut out treats using a cookie cutter. Line baking sheet with parchment paper and bake at 300° for 25 to 30 minutes. Easy!

Nicole was surprisingly cool, “Well at least it wasn’t a cockroach this time.” (These kids are bad@ss.) And Keith thought it was poop, so he was pretty relieved when he found out it wasn’t that kind of dog treat.

Lesson learned. Do not offer kids dog treats. Make it clear they are DOG treats if offering dog treats and don’t expect kids to be listening when talking about said dog treats with Nicole Kidman.

Unless it’s something kids shouldn’t be hearing, they aren’t listening. (That’s another story…)

May your dogs love these treats as much as mine do and may your kids like them more than cockroaches. If you like, share your happy pup pics below, we love dogs ☺ 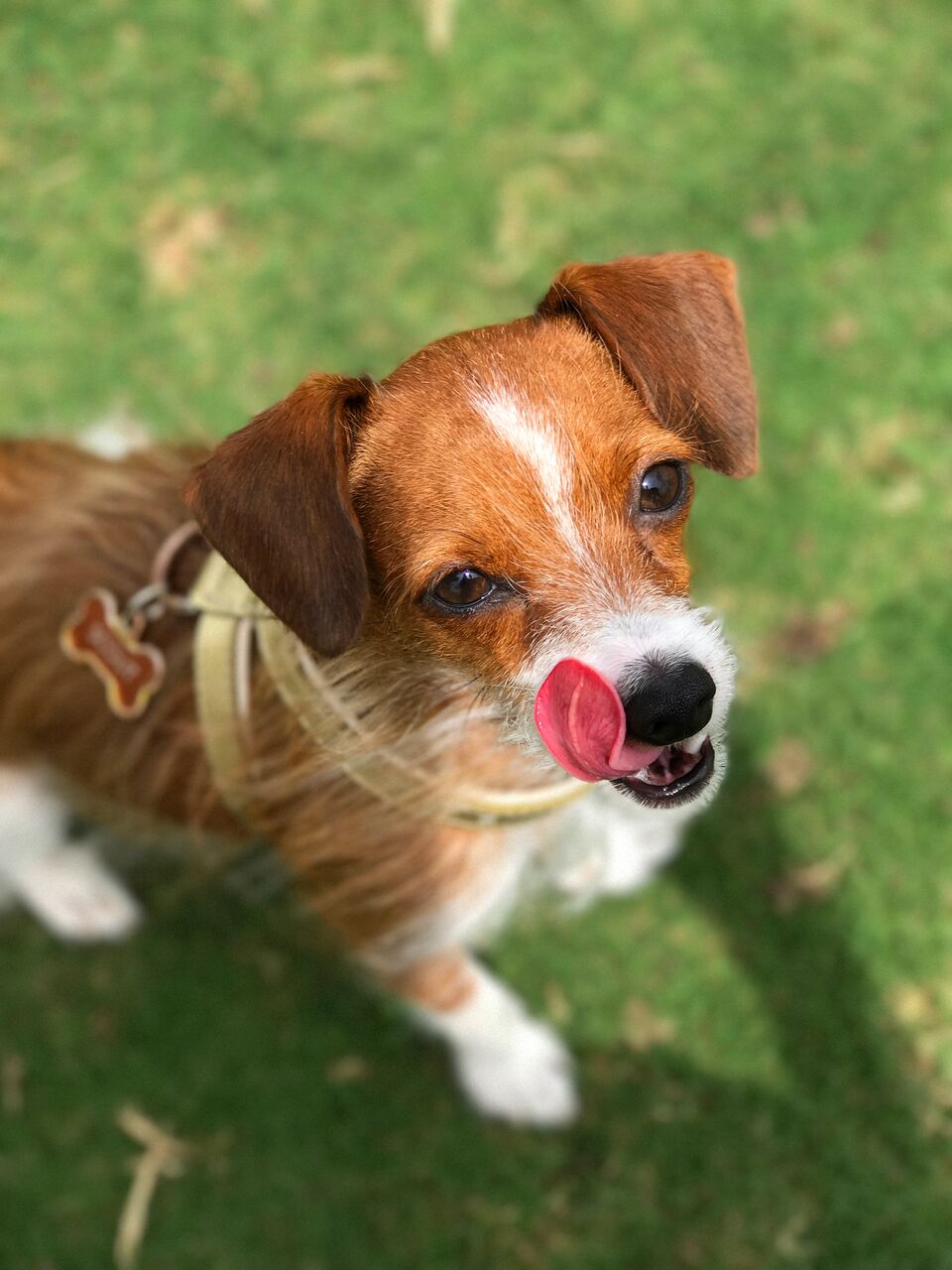