This Donut’s For You

By Mermaid with a Martini
3 comments
0 likes
Lifestyle

So I say to the guy, “The police are out in droves today.”

“Yah!” I say, suddenly overly enthusiastic. Or nervous. The police put me slightly on edge, in a I must be guilty sort of way. Like when I was pulled over while driving back from a shower with my girlfriend (not to be confused with when I was pulled over in the RV ?) and the tall, bald, handsome cop stepped up to the window and barely opened his mouth when I screamed, “I did it!” Thank god he wasn’t accusing me of anything more than a minor traffic violation (speeding, it’s always speeding). And even then, he didn’t accuse, he just warned ✨ I feel like it was my new sunnies that really won him over ?? Wink, wink.

I’m either completely guilty every single time, or I’m a sucker for a uniform. (Could be both.)

Anyway, so, I say, “They’re everywhere. I’ve never seen so many…” I proceed to list all the places I’ve spotted them. Downtown, at the park, at the coffee shop, on the freeway pulling several people over (not me), behind me when I made that illegal turn (that was a close one) and a whole slew of them parked outside the police station. (Okay, that doesn’t count, but remind me not to drive past that trap again.) 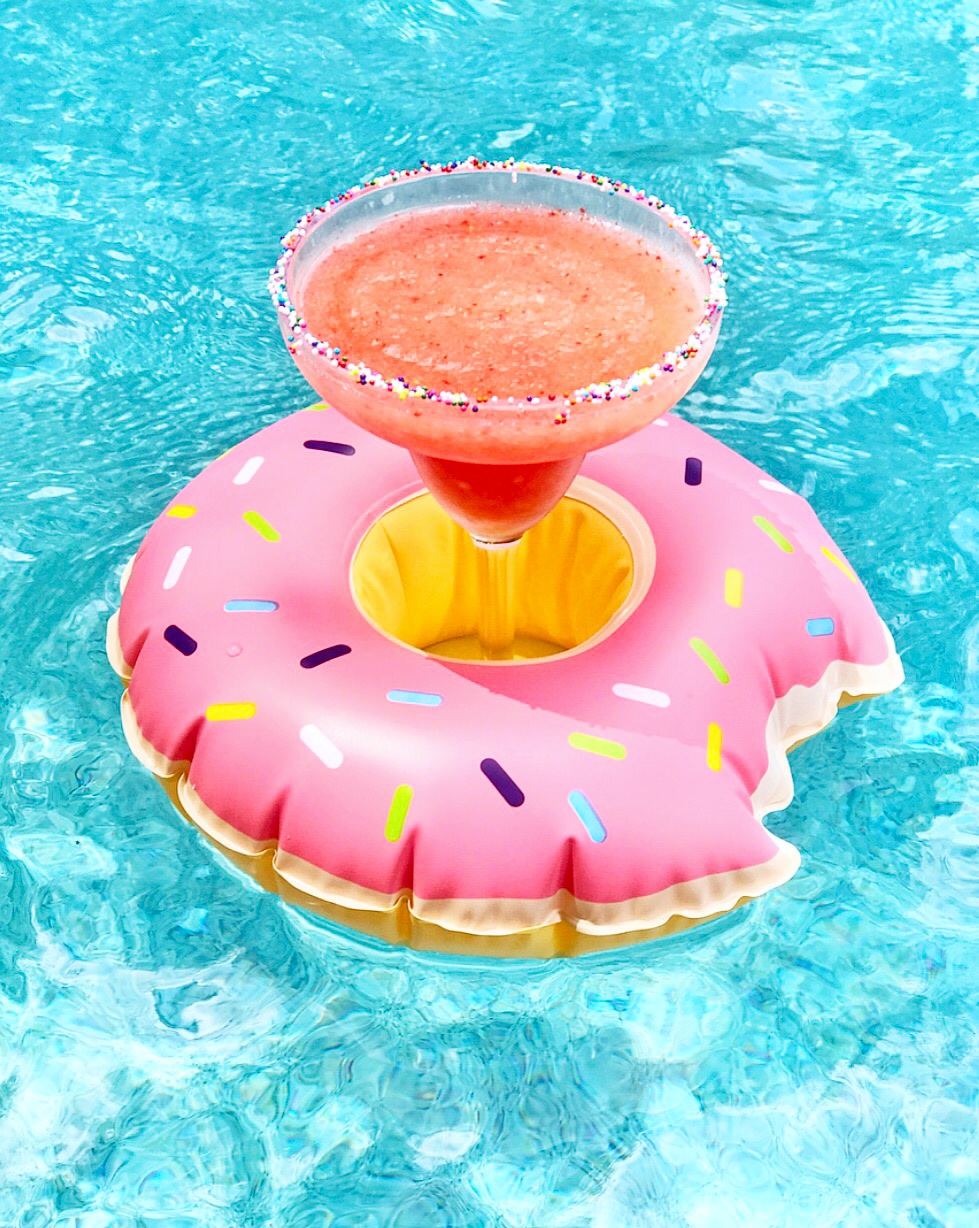 Well, that explains that ? 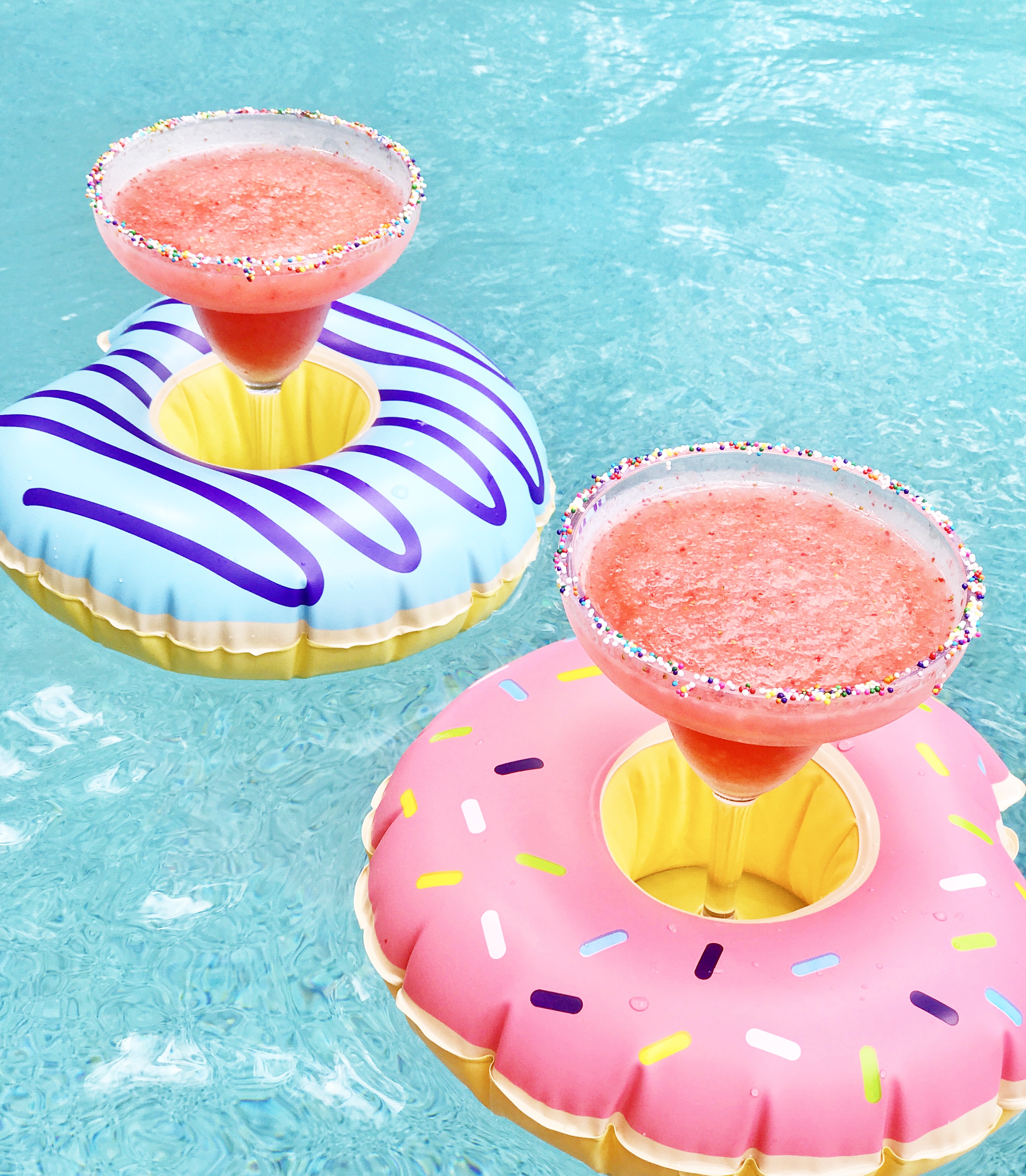 Place vodka, strawberries, honey, vanilla bean, lemon and ice into a blender and give it a good crush. Brush honey on the rim of your glass and dip into sprinkles for a colorful garnish. Pour your mixture into the glass and serve. 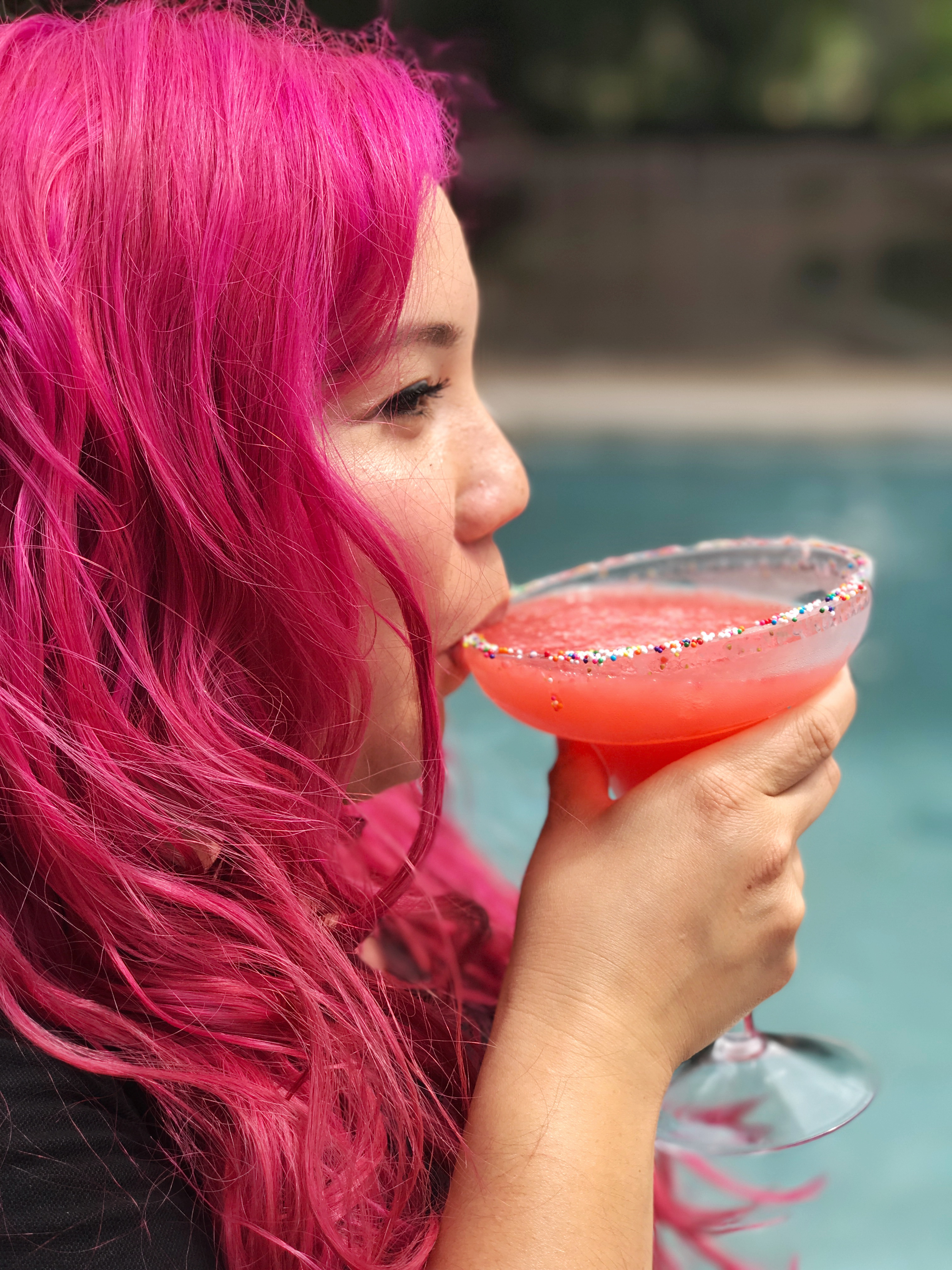 I don’t really think the police were out and about for National Donut Day, but it sure seemed suspicious. And no, Officer, I didn’t do it, whatever it was, I didn’t do it. (Even if I did just admit to it.)